How Snow Blowers Works: Weather is an important aspect of life. It has various effects on our daily life. Those of us who live in snowy areas know very well how difficult life can get during the winter season. Children might enjoy playing on snow, but for adults, snow means heavy task ahead. If we are not ready, even light snow can make things very messy.

The toughest task after a snowy night is to clear the paths and driveway in the cold morning. Due to this reason snow blower is an imperative household item now. Their use was commercial at first but now they are regularly used in residential areas.

WHAT IS A SNOWBLOWER:

A snow blower is a machine used in the winter season to remove snow from pathways and driveways. To push snow it uses a spinning auger. Snow is shoved into the discharged tube to be hurled to the side and clear the way.

When you decide to buy a snowblower you might get confused over a snow blower and snow thrower. Both are functions of the same machine with a little difference. A snow blower is either a single-stage, two-stage or a three-stage. Single-stage snowblowers throw the snow whereas the other two snowblowers blow the snow to clear the way.

A single-stage snow has one auger. It uses auger paddles to push snow into the discharge pipe to throw it out. Lighter machines have plastic blades. Heavy ones include metal blades. It is best in case of light and medium snowfall. 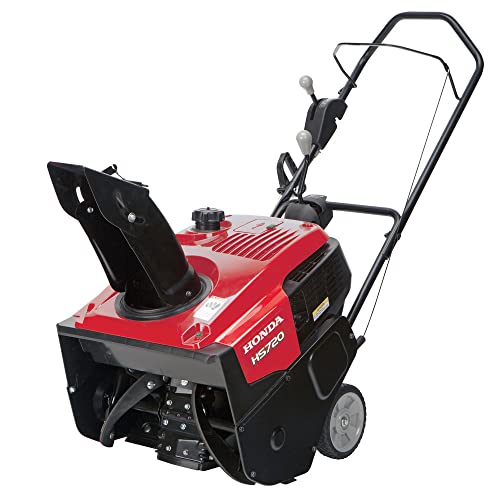 These machines are effective if you live in an area where snowfall is heavy. Apart from an auger a two-stage snowblower also has an additional auger that rotates. It uses both of its augers to throw snow from the discharge pipe more quickly than a single-stage snowblower. Snow blowers are available in electronic and gasoline models. 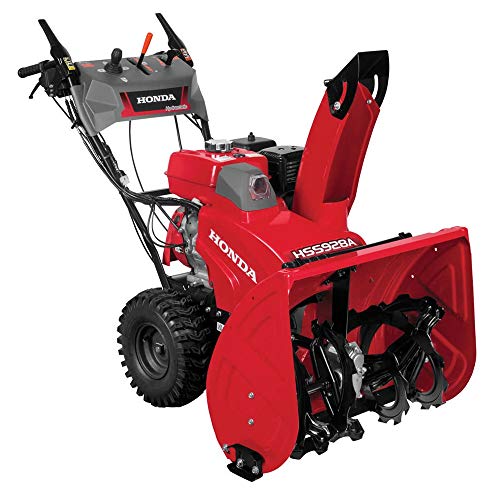 A three-stage snow blower is the best as compared to others. These machines use two augers to push snow inside in the middle of the machine. To pick the snow an induction accelerator is used. This process pushes the snow inside the impeller which hurls the snow to an impressive distance of 50ft. This machine is the only one that can clear the path completely. 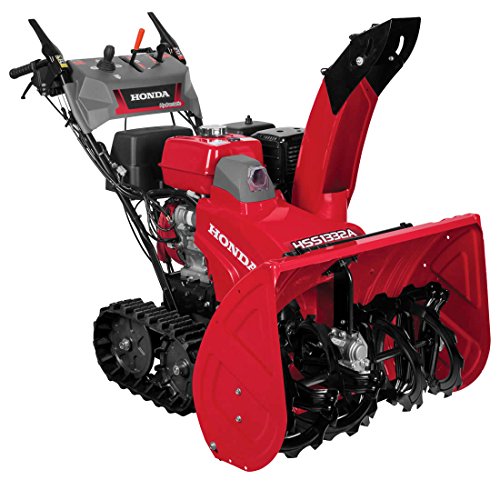 WORKING OF A SNOWBLOWER:

1- There are three ways to start a snowblower. With the help of a push-button, electronic start or a recoil.

2- After this immersed the handle\lever in case if two-stage or push the snowblower in case of single-stage.

3- To pull snow inside the auger housing, a control lever or handle is used. In the case of two-stage snowblower, it pushes snow into the impeller. This spinning impeller then pushes snow out through a discharge pipe.

4- A single-stage snowblower does not use the impeller. It throws the snow directly into the discharge pipe.

5- If you are using a snowblower for the first time then it is important to read the operational manual. It will help you to understand the working and process of the snowblower.

6- Never let children use a snowblower. Without the proper knowledge, it can cause injury to its operators.

7- Wear proper attire before using snowblowers. Your dress should be warm and not too loose around moving parts of the machine. Wear shoes which are suitable under snowy conditions.

8- If the engine is hot do not put fuel in the machine. Refueling should be done outside to avoid fuel vapors. Position the machine on a flat surface before refueling. Refiling should not be performed directly from the gas pump. To avoid leaking always replace the cap safely while your blower is in use. Leaked fuel should be cleaned up as soon as possible. Replace clothing on which fuel is spilled on.

9- While the blower is moving the operator should stay behind the handles. Remain at this position unless the machine is stopped. No adjustment should be made as long as the blower is running. For protection against flying objects wear glasses.

10- In the cleaning process make sure all parts have stopped working before you use cleaning too. To plugged snow never use your hands. Protect your exposed skin after use because the engine will be hot.

11- Be careful while reversing the machine on a slippery slope and keep a strong grip on handles.

Our painstaking look at the use and working of the snowblower machine ends here. Hopefully, it will help you in running the snow blowers comfortably, while cleaning your paths and driveways.

Why Choose A Honda Snow Blower

Snowblower -How To Change a Belt?

How Does Snowblower Work?

Can Snowblower Be Stored Outside?

How to Start a Snowblower Guide

Get latest news and views about snow blowers